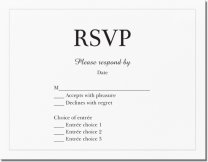 The invitation to the Brockman twin’s bridal show arrived in a pretty, pink envelope with tiny butterflies stamped in the bottom right corner. Silva did not find it strange that Amber and Amy decided to share a bridal shower on the same day. After all, the twins did everything together. They were like two peas in a pod, enshrined in an invisible bubble that kept everyone out. Still, Silva had known them both her entire life and this shower would surely be one that no one ever forgot.

Silva opened the envelop and quietly read the inscription:

You are cordially invited to the bridal shower of

Silva tossed the invitation on the entry table and walked to a large closet at the end of the hall. Taking a key out of her pocket, she unlocked the door and turned on the light. The young woman sitting on the floor blinked several times as the bright light burned her eyes. She was dressed in a light shift and barefoot. Her feet were bound with nylon rope and a large piece of gray tape covered her mouth. There was a look of terror in her dark brown eyes.

“I just wanted to let you know that the invitation came today. It’s just like you described. Too bad you won’t be able to attend.  But I’m sure Steven won’t notice you’re not there. All he sees is your pretty face, and fortunately, I have one just like it”

Silva could hear Amber’s muffled screams as she locked the closet door. As she turned away, Alice Silva Brockman softly sang a familiar song.

“here comes the bride, all dressed in white….”

This story was inspired by a writing prompt from Creative Writing Now (http://www.creative-writing-now.com/short-st) Total word count is 304

I value your comments Cancel reply

Writing as a Sanctuary